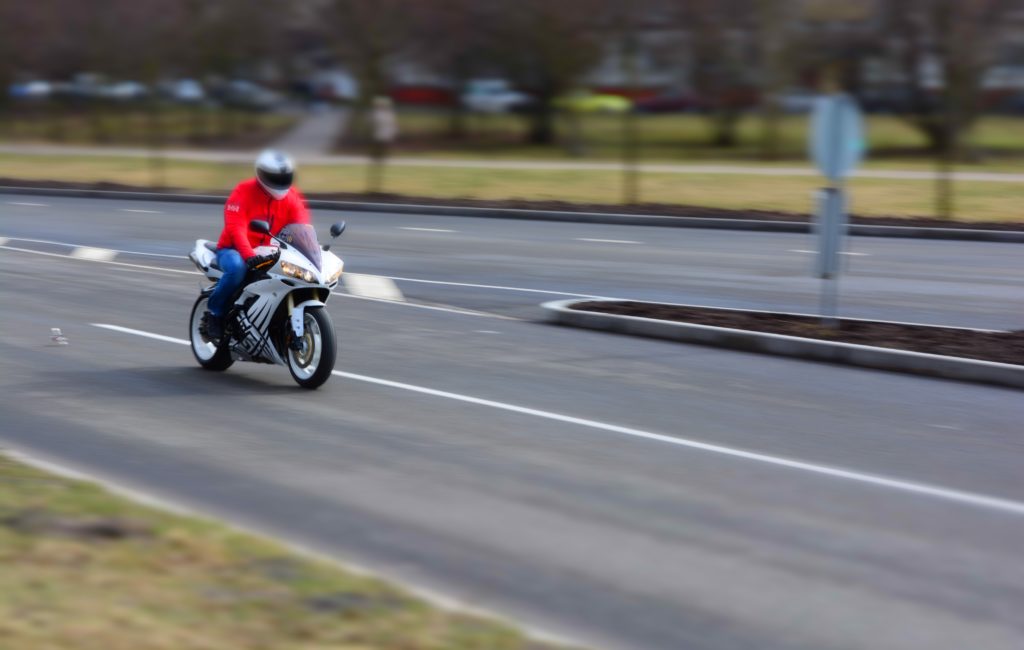 I have very interesting story behind the image. If you are interested, then read this story.
I went for a walk with my family on a sunny day in March and took my camera to catch something interesting.This was early spring time. The winter was not cold and the snow was scare, so there were already some pussy-willows. I was trying to catch a shot of some pussy-willow and then heard some noise of motorcycle in high speed. I did not want that in living area where sometimes children are playing outside someone is driving motorcycle too fast and is left unpunished. I decided to take a shot of this driver. As M mode that I used for photographing trees was not suitable for fast speed driver, I decided quickly to turn A mode. Actually I just switched some mode and took a shot thinking that I have switched to A mode. I tried to take a shot applying ⅓ rule. I had a chance of getting one shot and later home it revealed very interesting details.
It was not all. Something strange happened.When the driver was already in far distance, I heard some noise on the street. It was bunch of keys which was rolling over the street to my side. I understood that this bunch of keys belongs to the very same fast rider. Later I using Facebook sharing option found the owner of these keys and returned lost property and I argued no to violate the road rules. At the end of the day when I uploaded the picture I was seriously surprised. I had taken picture of fast driver, blurred background and also falling bunch of keys, still rolling, and I managed to observe ⅓ rule. Which mode I had actually switched on?
To my surprise I took this picture with help of Effects and I had chosen unintentionally Miniature Effect mode.
I wish to other photographers to be in the right place and time with your camera!

What were the technical challenges?
I have not time to set correct camera settings, but I get nice picture with Effects function used Miniature Effect mode.
Not any post-processing or retouching used.

The fast driver and lost keys.